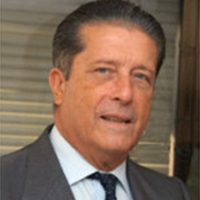 Federico Mayor Zaragoza is a Spanish scientist, scholar, politician, diplomat and poet. He served as Director-General of UNESCO from 1987 to 1999. He is currently the Chairman of the Foundation for a Culture of Peace and member of the Honorary Board of the International Decade for the Promotion of a culture of Peace and Non-Violence for the Children of the World as well as the Honorary Chairman of the Académie de la Paix.. He holds a Ph.D. in Pharmacy from the Universidad Complutense de Madrid

Professor Mayor has been Undersecretary of Education and Science for the Spanish Government (1974-75), Member of the Spanish Parliament (1977-78), Adviser to the Prime Minister (1977-78), Minister of Education and Science (1981-82) and Member of the European Parliament (1987). In 1978, he became Assistant Director-General of the UNESCO. In 1987, he was elected Director-General of that Organization, and was reelected for a second term in 1993. In 1999, he decided not to run for a third term and, upon returning to Spain, created the Fundación Cultura de Paz, of which he is Chairman.

During the twelve years he spent as head of UNESCO (1987-1999), Professor Mayor Zaragoza gave new momentum to the Organization’s mission, “to build the bastions of peace in the minds of men”. It became an institution at the service of peace, tolerance, human rights and peaceful coexistence, by working within its areas of authority and remaining faithful to its original mission. Following Professor Mayor’s guidelines, UNESCO created the Culture of Peace Program, whose work falls into four main categories: education for peace, human rights and democracy, the fight against exclusion and poverty, the defense of cultural pluralism and cross-cultural dialogue, and conflict prevention and the consolidation of peace.

Within the framework of this strategy, many international meetings and conferences were held on education for non-violence, eradicating discrimination and promoting pluralism and international cooperation. These meetings resulted in a considerable number of Declarations (thirty), expressing a will to promote education, science, culture, research and teaching, as well as justice and “intellectual and moral solidarity”, referred to the Constitution of the UNESCO. On September 13, 1999, the United Nations General Assembly approved the Declaration and Programme of Action on a Culture of Peace, which constitutes, from a conceptual and practical standpoint, the greatest aspirations of Professor Mayor Zaragoza.

With the Fundación para una Cultura de Paz, founded in Madrid in March, 2000, Professor Mayor continues with the work he started as Director-General of UNESCO: to promote, in every area of human life, the transition from a culture of violence and imposition to one of peace and tolerance. In December, 2000, he organized an International Meeting, which was attended by well-known personalities who have fought for justice, freedom and peace. At the end of that meeting, the Madrid Declaration was unanimously approved and it was published, with the interventions, the book “El Contrato Global”.