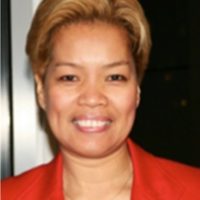 Janet serves as the Chief and Permanent Representative to the United Nations and Permanent Observer to the United Nations Economic and Social Council (ECOSOC) at Foundation for the Support of the United Nations (FSUN), an international nongovernmental organization in General Consultative Status with UN ECOSOC. Janet is widely known for bringing the business and private sector perspective inside the United Nations by convening global forums and dialogues around global issues in partnership with UN entities and Missions. She is the CEO and Co-Founder of IMPACT Leadership 21™, a global platform providing leadership solutions that drive change toward inclusive economies, launched in December 12, 2012. She is a confidential advisor and sounding board to top executives, CEOs, expatriates, nonprofit leaders, diplomats, entrepreneurs, artists and visionaries across the globe. As a Certified Executive and Master Coach Trainer, she trains senior executives maximize their abilities to coach and unleash the potential of emerging leaders. Janet is the creator of the innovative dialogue series, Conversations With Men™, the pioneering and groundbreaking executive forum with the mission of engaging men in leadership roles to accelerate women’s leadership at the top, and achieving gender equality.

Janet serves at the Board, Advisory Council and Committees of several organizations. She is a Board member at World Pulse, a global organization that empowers women worldwide through digital communication. Janet joins Geena Davis, Queen Latifah, Freida Pinto, Jodie Foster, Robin Wright, Henry Louis Gates and other luminaries/socially-conscious film/media activists and advocates on the Advisory Board of We Do It Together, a nonprofit organization created to finance and produce films, documentaries, TV and other forms of media, uniquely dedicated to the empowerment of women. She also serves as a Global Advisor and Ambassador at Women4Empowerment, a global platform that works to economically and socially empower girls, women and youth — both in the USA and globally, and the Advisory Board of All America Chinese Youth Federation (AACYF). Janet is active in major LGBT business organizations such as the Manhattan Chamber of Commerce LGBT Committee and Equality Card.