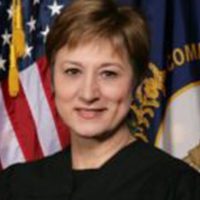 In her retirement, Justice Noble has established a mediation, arbitration and consultation practice, Noble Tate Neutrals, in Lexington, Kentucky. After 15 years as a trial court judge and ten years on the Kentucky Supreme Court, Justice Noble has had exposure to virtually every type of legal issue. Through her work on thousands of cases she has acquired understanding of the demands of litigation and its effect on human lives that informs her efforts as a mediator and arbitrator.