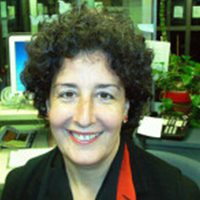 Nina Streich is Executive Director of the Orlando, Florida, based Global Peace Film Festival that she founded in 2003. She has an extensive background in both the film/TV/media industries and in the political arena. She has held senior management positions in other film festivals and produced social issue documentaries on subjects ranging from nuclear disarmament to women’s health. Streich served as Deputy Film Commissioner for the New York City Mayor’s Office of Film, Theatre & Broadcasting. Other positions have included New York Finance Director for the Democratic National Committee and Deputy Executive Director for the NYC Host Committee for the 1994 Grammy Awards. She is an accomplished events producer, organizing film premiers, music festivals, conferences, parades, street fairs and press conferences. She began her career as a film editor, cutting trailers and marketing material for over 50 major studio and independent features.